Back in 1955, Robert Frank, a Swiss citizen who eight year earlier had moved to the Big Apple, received a grant from the Guggenheim Foundation to complete a series of shots to depict America of the 50s. But what kind of country is America in those years? 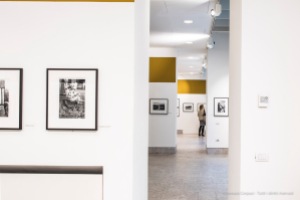 In 1951 Viking Press publishes On The Road, Jack Kerouac’s masterpiece. In 1952, the American public vote a republican to the White House: Dwight “Ike” Eisenhower. In 1953, the department stores begin sales of color tv sets. In 1954 senator Joseph McCarthy launches his infamous witch-hunt against americans suspected of being comunist; the Supreme Court declares racial segregation in public schools unconstitutional. In 1955 Disneyland opens in Anaheim and Rosa Parks refuses to give up her seat on the bus to a white man. In 1956 president Eisenhower is confirmed in his post. 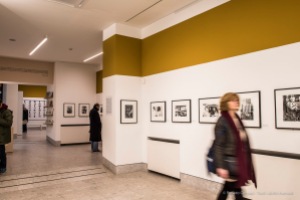 Frank drove on a second-hand car on the roads of 48 states of this country between 1955 and 1956, capturing on film the spirit of the time.

He took 28,000 shots, 83 of these were selected by him for publication in The Americans, the photo-book narrating his experience. “The Wizard of Ozone Park” accepted to write the preface to the first edition of the book, considering the pictures the closest photographic thing to the spirit of the Beat Generation. 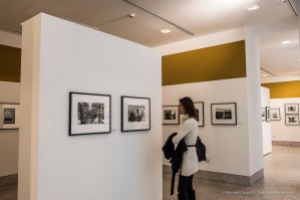 Unfortunately, Frank’s inpromptu photoghaphic style did not meet the favour of the American publishers and Les Américains was first published in 1958 by Robert Delpire in Paris, with texts by Simone de Beauvoir, Erskine Caldwell, William Faulkner, Henry Miller and John Steinbeck.

In 1959, Grove Press accepted to publish the book in the United States. It did not receive good reviews. The mainstream media did not understand the novelty of Frank’s style. They did not appreciate the subjects of his shots, common citizens often caught on the fly in undignified poses and a tilted framing.

However, with the years, Frank’s work grew consistently to become the most influential photography book of the 20th century.

A new edition of the book by Contrasto is also available for sale.

A Taste Of The Italian…

An Evening of Tango in…

Walking Through The 2018 MiArt…